What is PFAS Water Contamination?

The country is facing a contamination crisis with the long term and widespread use of “forever chemicals.” Per- and polyfluoroalkyl substances (PFAS) are a family of man-made chemicals encompassing hundreds of substances, including PFOS and PFOA. PFAS chemicals are toxic but extremely stable. The unique properties of these chemicals make them one of the primary components of Aqueous Film Forming Foam (AFFF), which is used to extinguish Class B fuel fires on military bases, fire training schools, fire stations and airports around the world. AFFF accomplishes this by creating a thin film on the fuel itself, smothering the fire by preventing oxygen from reaching the flames. PFAS chemicals can also be found in a number of industrial and household products such as Scotchgard and Teflon Products. However, these same unique properties also make it a potent pollutant. Because PFAS chemicals are so persistent, they do not break down in the environment or the human body. They also accumulate over time. PFAS chemicals have been linked to numerous human health effects, such as low infant birth weights, immune system suppression, thyroid hormone disruption, and cancer. 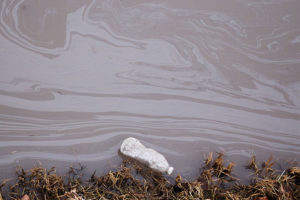 Critically, PFAS chemicals are not naturally occurring and multiple incidents throughout the 1970s, 1980s, and 1990s alerted (or should have alerted) manufacturers to the dangers of PFAS chemicals, to the extended presence of PFAS chemicals, and to their ability to spread throughout the environment and into the human body. Despite having this knowledge of the dangers of their own products, manufacturers sold AFFF and other products containing PFAS chemicals to the United States Department of Defense and others from approximately 1964 through at least 2000. As a result, PFAS is found across the country in drinking water supplies, drinking water wells, wastewater, and biosolids generated at wastewater treatment facilities. According to a senior official with the U.S. Center for Disease Control, PFAS chemicals are “one of the most seminal public health challenges for the next decades.”

A solution to this problem exists, but it will be complex and expensive. At Cossich, Sumich, Parsiola and Taylor, we believe that this burden should lie with those who caused the problem. In re: Aqueous Film-Forming Foam Products Liability Litigation, MDL-2873, is before the Honorable Richard M. Gergel in the United States District Court for the District of South Carolina. This Multi-district Litigation Panel focuses specifically on Aqueous Film-Forming Foam (AFFF) products, which account for a significant portion of PFAS chemical litigation. However, PFAS contamination can also occur through other avenues, such as localized pollution by chemical factories. Whether PFAS contamination results from the use of AFFF, like those cases being considered in the pending MDL, or from the use of other non-AFFF products, Cossich, Sumich, Parsiola & Taylor stand ready to make sure that those responsible are held accountable in a court of law.